Okay, so, I couldn’t resist going ahead and showing off a few of the projects sitting on my comp atm waiting to be finished.  They’re in varrying states and have been sitting for various amounts of time.  =sighs=  I fail, really I do… But I’m getting closed to being caught up!  I have two Iruka fanart pics in this batch, but unfortunately they still have to sit on the back burner until I’m caught up with art owed to peoples… T___T  Irrruuuukkaaaaaa-senseeiiiiii~~~

First up is my RP OC, Caseul.  This is actually the VERY first thing I inked/drew in Paint Tool Sai!  (Technically it was sketched on copy paper first!)  It’s always what made me fall in love with the program… its AMAZING inking qualities!  The only reason I stopped working on it waaaaay back when, is because I couldn’t decide how I wanted his arm to look.  It’s all bionic and crap and as much as I like mecha… I suck at it. T_T  Whenever I can figure out how it should look is when this piece will be done.  But then, I also need to do tons of touch up, such as the eyes…. They bug me. >_<; 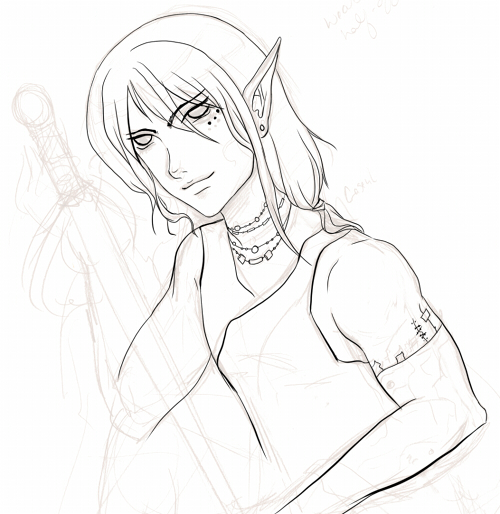 And here I have a ROUGH, very rough sketch of a Harry Potter fanart piece I want to do for mah loveleh DiDi.  Since I wanna try a new style with this, it’s been on the back-burner.  Even though it’s fanart, it’s on the upper part of my list because Diana’s been waiting forEVER for arts from me. T__T  Harry x Hermione luff for her! 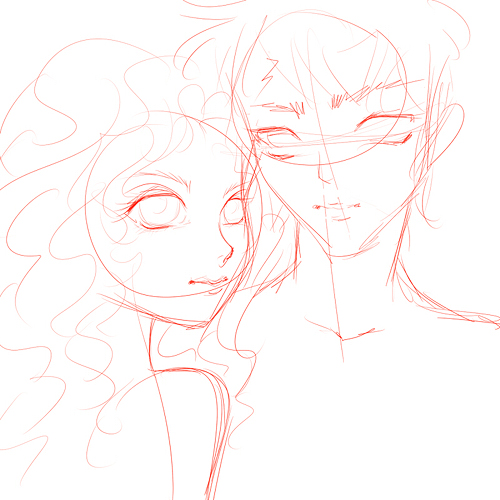 Now, the next three are all sketch attempts to draw Hellsing365‘s BJD/OC Haru!  Except except…. though feminine males are my FORTE…. for the life of me, I haven’t been able to draw a sketch for her that I like or looks right or anything!  But then, when I was going through my sketches to get them ready for these WIP previews, I came across the third one…. O__O

This one looks too much like the photo reference I had available, so I scrapped it. 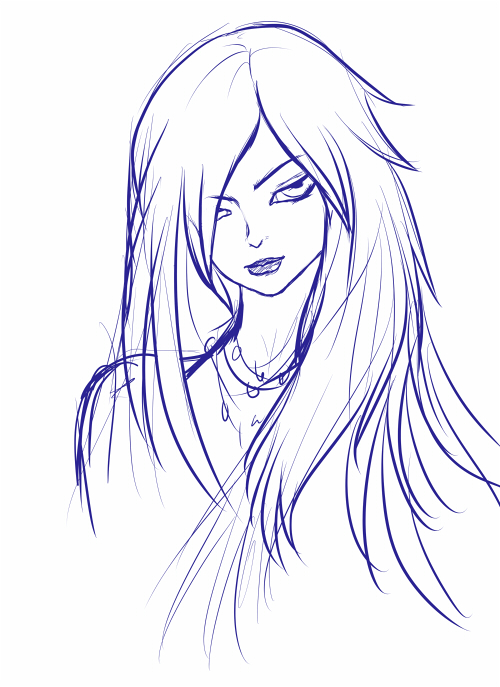 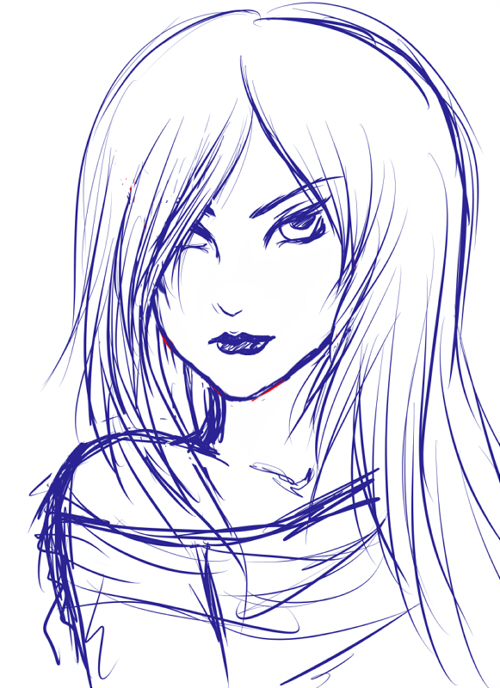 And this one….. I TOTALLY didn’t remember that it was this far along… O_O; Seriously, I thought it was still in the rough stage (those multicolor thick sketch lines you can see behind the thin inked lines…) Once I saw it, I remembered what happened. I had been working on it back at the beginning of the summer inking it when I became unhappy with the face… And suddenly couldn’t work on it at that time, so took a break to scribble on something else and then the chaos at the end of the summer began…. >_<;;; So in the back of my head, the whole time, I thought it was still just a crappy sketch…. until today….=dies, simply DIES= I did use a stock art reference for the pose on this one, but I’m still unhappy with the face.  Seriously… IGNORE the face!  O_O;;;   I’m hoping that almost a year later will be just what I needed to get it completed.  Hellsing365, hunny, I dunno if you like this one, but I’ma keep working on it and make it better, yosh! 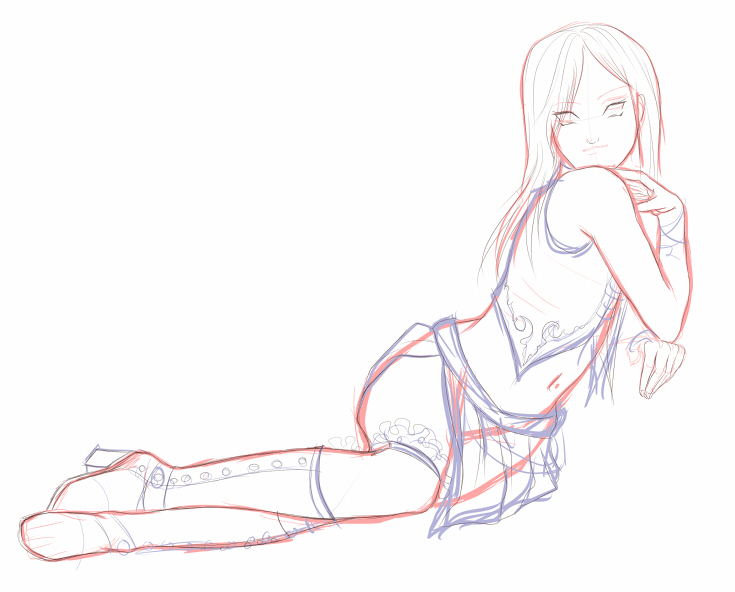 And nao… for teh Iruka-sensei cuteness! I LOVE this little chibi-sensei. Srsleh. It makes me squee. =is a spazz=  Sketched it probably two years ago now and it’s been hiding out on my harddrive… =whistles innocently=  (Ignore the crappily drawn hitai ite konoha symbol… it was temp scribbled on thar!) 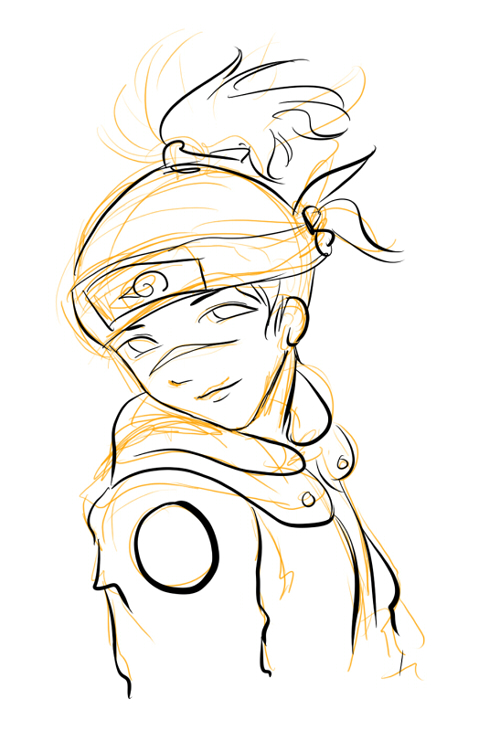 And this one I sketched waaaaay back, tried inking it, but was so unhappy about the proportions and at the time couldn’t fix them that it went to the side. Still gonna hafta wait, but I’ll get to it, I will!~ RAWR! 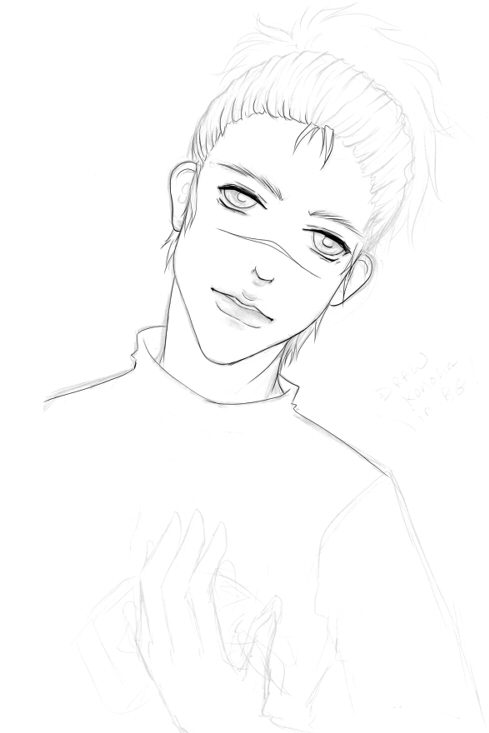 And that concludes Tassie’s walk through a smidge of her art WIP folder! I have several others but I either don’t want to show them off QUITE yet, or they’re on a computer harddrive that is… sorta… not accessible atm……. =cries a river of tears=